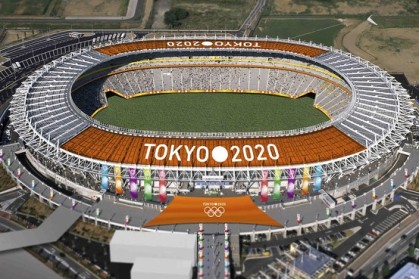 In the year 2020, the Summer Olympics will be held in Tokyo. For those of us who live in Japan, we are swamped in the news everyday with so many updates about the 2020 Games, I actually forgot the Olympics are being held this year in Rio. To prepare for their hosting role, the Japanese government and the media are attempting to “internationalize” its residents. Actually, Japan has been on an internationalization campaign for some time now. In the first edition of Japan Series, we’ll discuss one of the biggest ways that Japan seeks to achieve this: through studying English. But before delving into this topic, please allow me to introduce the Japan Series.

These days, I read lots of information about Japan written by non-Japanese authors. Much of it is accurate, and I learn many things I didn’t know. Some of it, I believe, is a bit off-base or, better put, might be slanted toward western ideals or thinking. Japan Series, on the other hand, seeks to leave this worn and beaten path and, instead, to give you the scoop on Japan from a melanin-rich perspective. For more on the meaning of melanin-rich, please check out the articles on AfroAsiatic Perspectives. To give you the shortened definition, it means we will explain as if we’re talking to conscious, black people. We understand this may confuse some readers and prevent others from comprehending our meaning; but we also know this mode of communication is intrinsic to our message. For those unaware, this is the same template in which perhaps the largest musical trend in history, Hip Hop, arrived to the mainstream.

In the late 1980s, many (I’m tempted to say more than half) of the popular emcees and deejays in NYC were associated with the Zulu Nation, or they were Muslims down with either the Nation of Islam (N.O.I.), or the Nations of the Gods & Earths (5-percenters). I bring this up is to point-out that the overwhelming majority of white folks (who have always been Hip Hop’s biggest consumers) as well as many blacks and Latinos had no idea what phrases like “Today’s mathematics,” or “Having 360 degrees of knowledge” meant. Therefore although these fans liked and felt the vibe of the music, generally speaking, they had no idea what the hell groups like the Soul Sonic Force, the Brand Nubians, or Eric B and Rakim were talking about. They just thought it was cool. And so, just like the emcees of yesteryear, we plan to push the envelope by just telling it like it is—again, to our folks. Anyone curious about everyday life in Japan—from a melanin-rich perspective—should definitely check-out the Japan Series.

I am very fortunate to have have been able to teach in Japan, on and off, for the better part of 15 years. Even though I know this to be true, I am also  aware of something else: Japanese will never learn English. Declaring I’m lucky to be an English teacher in Japan and following it by stating Japanese don’t learn English may appear to be contrasting views. For this reason, I encourage you to stay tuned so I can illustrate how this is not the case. There are numerous reasons why Japanese will never master another language (not only English) but for the sake of brevity, let’s sum it all up into what I call “the Japanese Complex.” Some folks mistakenly confuse this complex with racism; or something as simple as being two-faced—which it is but much deeper. My mother, who is from Kyoto, never would explain this concept to my satisfaction but my sister and I knew to be on our best behavior whenever we visited a Japanese person’s house for the first time because my mother always reminded us that, “Japanese are two-faced; they never tell you their true feelings.” Then she would look directly at me. “No matter what they offer you, say ‘No, thank you.” Her rule was I had to wait not for the second but the third offer. “If she offers you food three times, she really has prepared something for you. And if this is the case, it would then be rude to refuse.” How confused my sister and I were!

In order to paint the English-teaching landscape in more realistic colors, allow me to say some things that are everyday knowledge in Japan but may be unknown in other countries.

1. Many of the Japanese educators who teach English in public and private schools are incapable (it’s getting better) of having a normal, everyday conversation in English. 2. Believe it or not, Japanese who have lived overseas and therefore can speak English on a near-native level rarely become teachers. One can only ponder as to the reason for this but it makes me wonder if this is just another symptom of the ‘Sakoku Mindset’ that I explain in the next paragraph. 3. For native-English speakers seeking to work in Japanese society, teaching English is a no-brainer because unlike other ‘developed’ countries where menial jobs are gladly parceled out to foreigners willing to work for low wages, Japan is wholly devoted to the concept of being self-sufficient; which means doing everything without the assistance of non-Japanese. Even as we speak, many experts are discussing how this mindset will play out in 21st Century Japan, with its shrinking child-birth rate and expanding elderly class.

I had one female co-worker who sat in the desk next to mine in the teacher’s room. Hasegawa-sensei taught 10th grade English to about 100 students. In order to prepare for her English teaching career, she had been sent to a high school in New York for three years. There, she taught Japanese while practicing her English. She confided to me years later that her students never believed she was an English teacher because her English level was so poor.

Student: “What subject do you teach at your school in Japan? Japanese?”

Student: “No seriously, come on. What subject do you teach?”

If I remember correctly, Hasegawa-sensei said the conversations usually went something like that.

Sakoku (鎖国), which literally means “closed country,” was the official policy of Nippon under the Tokugawa Shogunate from 1633 – 1639. It stated foreigners could not enter nor could any Japanese leave the country on penalty of death.

The edict remained in place until the infamous arrival of Commodore Matthew Perry and the Black Ships, but in reality the ‘closed country’ mentality never left the Japanese people. It materialized within their minds and continues to produce closed minds today. Most Japanese, having been brought up in the rigidly strict Japanese society have long ago discarded their will to question or go outside the norms of what is expected by their society. And English being considered ‘foreign’ is set in stone. So no matter how much most Japanese take English lessons, because there’s a “Sakoku Program” playing in the background of their mind-operating-system, they have difficulty making any real progress. Think about it: before attempting to master anything a person must first make the new idea or discipline of study their own. In other words, you can never master something which remains ‘foreign’ to you. Speaking of foreign, it’s amazing how much Japanese use this word in everyday language. They’ve been taught there’s only two types of people in the world: Japanese and foreigners. The only possible exceptions are Koreans and Chinese because they are familiar to Japanese people.

For this reason, Japanese are convinced that anyone outside of Japan speaks English—and I mean everyone. You could be the darkest, blackest woman from the bush in the Sudan, or the palest, non-English-speaking Frenchman from the mountains and most Japanese (especially the ones who deem themselves educated) will have the same greeting for you: “Haro!”

Please submit any questions or topic ideas for the book, Modern Japan—decoded!

Takuan Amaru is the author of the trilogy, Gaikokujin – The Story